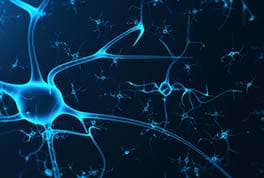 Why Pfizer/BioNTech should throw away the marketing playbook for Comirnaty

The tone taken by COVID-19 vaccine advertisers in the U.S. has thus far been empathetic. Ads have sought to inspire people to get a shot, without being forceful about which shot.

But with the Pfizer/BioNTech vaccine Comirnaty receiving full FDA approval this week, and the companies set to kick off branded marketing and advertising, the conversation may change.

Some expect a heavier emphasis on generating demand for Comirnaty, for one. The empathetic tone, though, ought to continue, one influential ad exec argued.

“It’s good for them that they got their full approval first. It’s an extra boost,” said PJ Pereira, creative chairman at the consumer agency Pereira O’Dell, the firm behind the Ad Council’s “It’s Up To You” vaccine education initiative. “But I don’t believe they are going to go with a ‘Take mine, it’s been approved,’ approach. It’s still a humanitarian play.”

Indeed, the notion that often prevails in pharma — that a so-called first-mover needs to pull out all the stops while it has the marketing stage all to itself — doesn’t necessarily make sense here. More than personal preference, local availability factors most heavily into which COVID shot an individual receives.

A heavy-handed branded message could also work at cross purposes to public health messaging, which has stressed that the best shot to get is the first one offered.

“Specialists talk about it all the time – ‘What is the best vaccine for me to take? The one you can take earliest.’ That’s the advice I got,” said Pereira. “If you can get one earlier, it’s the one you should take because you’re being protected.

“There are technicalities on the level or style of protection they offer,” he added. “As brands, I hope that that’s how they are going to behave. They can work with everyone else.”

Pereira’s work has epitomized that respectful approach. Since “It’s Up To You” launched, it has generated 65 billion impressions and $191 million in donated media support. Commercials have leveraged former presidents and first ladies and pharmacists alike. Even the Vatican signed on, producing its own Ad Council video featuring Pope Francis and the cardinals of the Americas.

Perhaps more than the ones adopted by other big communication efforts, the campaign’s tagline “It’s up to you” — not to get vaccinated, but to get informed — has spoken to disparate audiences, each of which has its own reasons for vaccine hesitancy.

“The clusterization of audiences helps us to address them with bigger statements and initiatives, but at the end of day we need to understand hesitancy is an individual phenomenon,” Pereira explained. “The Latinx community has a different reason from the Black community, for example, and that is different from the conservative community. It all comes down to something that makes them feel insecure about taking the vaccine.”

To help groups overcome their insecurities, Pereira has taken a diplomatic tack. Whether showing the reuniting of grandmothers with their grandkids or rekindling sports fans’ collective love of the game, Pereira’s work offers a heavy dose of heart. His spots also stand out for their use of soothingly familiar soundtracks from the American songbook, like “I’ll Be Seeing You,” crooned by legends Billie Holiday and Willie Nelson.

Even with 73% of adults now fully vaccinated, it shouldn’t be suggested that the early vaccine push was a grand success. Media and public health banter around the activities in which vaccinated people could and could not participate fostered the misimpression that vaccines offer little benefit or that they offer a false sense of security.

As a result, the vaccines’ superpower — that they cut the risks of severe illness or death to an extraordinarily low level — was lost on many people. Likewise, some individuals are likely to use the news of full approval as yet another pretext to justify not getting the vaccine for themselves or their loved ones.

“It’s, ‘‘Oh, now it’s been approved by another group of bureaucrats and scientists. Another group of people better than you think it’s safe. Now it’s safe,’” said Pereira, mimicking the arguments. “Some people will use that to cling to their position even more.”

That’s of a piece with the politicization of vaccination and social media behavior — like touting one’s vaccination status, which is often viewed as virtue-signaling that can serve to push sides even further apart.

“The world has taught people it’s okay to dismiss others who disagree with you,” said Periera, adding that a skeptic’s reaction is often along the lines of, “‘I don’t like you because of the way you behave as a superior human being.’”

That’s why there’s still a lot of room for respect in vaccine advertising, he added. “People have dedicated so much time to defending their position that making them change is harder than ever. But it’s possible, as long as you come from a point of view of respect.”

A Pfizer spokesman declined to share specifics about the upcoming campaign, other than to say the drugmaker is planning “a thoughtful approach to marketing and advertising Comirnaty to the public, with the goal of increasing confidence in vaccination.” It’s working with Ogilvy Health on global communications for the brand, per an Ogilvy spokesman.

Pereira has not been privy to discussions in the Pfizer boardroom — or for that matter, the ones in Moderna’s boardroom, which is next up for full approval of its Spikevax shot, or Johnson & Johnson’s. His advice for the companies as they move to advertising and marketing under their own brand names?

“The first thing they need to do is make it very clear that there will be some level of confusion,” he said. “They cannot come out with, ‘So now it’s approved, before it wasn’t,’ which may cause even more confusion. Explaining that in a clear way is challenge number one.”

Such messaging demands nuance. Whether it’s the pope, the president, pop singers or Elmo, the protagonists in Pereira’s ads are doing things their own way, communicating in a manner that seems comfortable for them. Pharma brands can recreate that, Pereira believes, by respecting the questions people have and by normalizing curiosity to open conversations rather than judging.

“There’s no way out of this through judgment,” he stressed.

Marketers also need to venture into communities where hesitancy is high in order to understand concerns and possible motivations. Indeed, the attitudes of many people have been reinforced by the social bubbles in which they operate.

“One of the most important tasks now is to break those barriers and allow people to talk again, not only company-to-individual but people to each other,” Pereira said.

It’s not easy for individuals to let go of entrenched positions, he continued, mostly because “these things somehow become part of your sense of identity in the current world.” In other words, one’s identity — vaccinated versus unvaccinated — becomes a self-fulfilling prophecy.

Branded advertising, by nature, is designed to make a brand stand out over others and for people to take action. But there’s nothing more anti-action than fear, Pereira says, and that remains a challenge for vaccine marketers.

Nor is further reducing the unvaccinated population a matter of “waving a flag” and proclaiming that the world can somehow go back to normal. “For most of us, there will be no normal,” said Pereira. “We lost people we care about. There’s no normal without that. Life is different. That world from two years ago doesn’t exist.”

But there are things we as a society can still do, if vaccine holdouts can be persuaded to receive the shot. Brands will want to conjure that spirit even as they try to convince people to get their own vaccine.

This brings up a fourth point: Brands should not be competing against one another, but against inaction. “I hope the road they take will be to get vaccinated with their own vaccine, or someone else’s,” Pereira said. “If I were working for a brand that had a vaccine, and there’s a chance to take mine or the other one, taking the other one is fine. The other brand is not the competitor. The competitor is not taking the shot.”

Despite public polarization, Pereira is encouraged by what he’s hearing from his professional colleagues. “When you get into conversations with marketers in many different segments, one thing that’s happened is that, over the last year, executives became way more aligned with their audiences and the human beings on the other side than I have ever seen. I think that will happen in the pharma industry as well… Companies want their brands to be at the forefront, but I hope they all fight for everyone together.”

For instance, when talking to someone in an area where that company’s vaccine is not available, “It’s better for you as a brand that they take someone else’s shot than to stay unvaccinated until your vaccine is available there. If they all operate this way, we all will win,” Pereira explained.

Via such an approach, brands can align themselves in terms of how they’re going to convince the world to get more and more people to take the vaccine – even if it’s not their vaccine.

“There’s no way to impose it,” said Pereira. “But if we create a large-scale wave of respect, I think we can get there.” 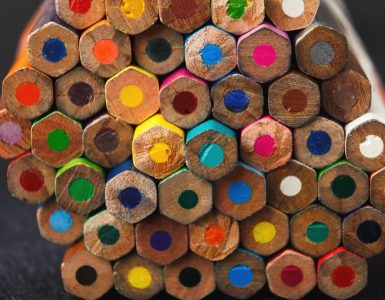 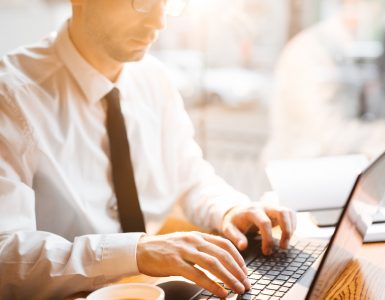 What makes a content marketer great? You’ve probably asked this question as you thought about your career progression or wondered how to establish credibility to advance your content program. We studied these six 2022... 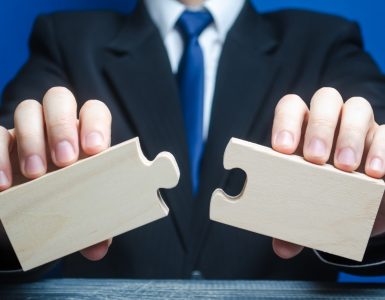