This article is part of a 10-piece Digiday series that explores the value of NFTs and blockchain technology. Explore the full series here.

Some of today’s leading metaverse platforms have made millions of dollars selling virtual land — but they’re still figuring out how to get users to spend time on their digital property.

There are numerous brokers of virtual land, but a group of prominent digital real estate companies has emerged — Decentraland, The Sandbox, Somnium Space and Cryptovoxels — which Web3 observers have dubbed “the Big Four.”

Until now, virtual real estate has largely been treated as a financial asset, but recent trends in the crypto market indicate that this use case might not be sufficient: As crypto markets continue to crash, the average price of virtual land NFTs in both The Sandbox and Decentraland has dropped by thousands of dollars in recent months. To stop the bleed, both metaverse executives and virtual land investors are becoming increasingly aware of the need to add tangible utility to their digital property, either through gamification, community-building or a combination of the two.

Each prominent virtual land platform operates a digital world consisting of a set number of land parcels — for example, Decentraland has 90,000, The Sandbox has a total of 166,464 — with each parcel acting as a non-fungible token (NFT) that can be bought and sold on the open market. At the time of this article’s writing, the floor price for a parcel of Decentraland land is 2.1 ETH, or approximately $3,400; in The Sandbox, it’s 1.88 ETH, or $3,000. Parcels range in price depending on their size and location.

Although The Sandbox makes some money by selling land — total land sales on the platform exceeded $211 million by December 2021 — this is not its primary planned revenue stream. The company plans to generate the bulk of its revenue by taking a cut — currently 5% — from every transaction that takes place inside its virtual world.

These platforms face hurdles from all directions, including in their longevity, particularly as the market for virtual land is seemingly cooling down.

“Just like in Web2, when Myspace became obsolete, we don’t even know if the Big Four players are going to exist, or if there’s going to be another metaverse that’s developed even a few years from now,” said Lisa Wang, the founder of Bad Bitch Empire, an investment collective for women in Web3, and the former head of brand and communications at Republic, a company investing in virtual real estate, who does not own virtual real estate in the “Big Four.” “So if you spend a lot of money buying land in one of the metaverses, and then it’s just obsolete, that’s a huge risk.”

The pitch for virtual real estate can seem a bit nonsensical — at least when considered through the lens of physical real estate. In the physical world, real estate is a finite resource; although the aforementioned platforms do have a limited number of available plots, this is liable to change on some platforms. Decentraland, for example, allows users to vote to expand their world and create new plots. “Until there is true innovation and inclusion in these spaces, I do not see how it’s actually going to create any sort of positive impact or ROI,” Wang said.

Some metaverse platforms are taking cues from the gaming industry to convince users to stay, making buying and selling virtual land feel less like a traditional real estate transaction and more like playing Monopoly or Pokémon Go.

For Web2 virtual real estate platforms such as Atlas Earth, creating this gamified impetus to engage is far more important than financing the platform via blockchain tech. “What is our incentive to be on blockchain?” questioned Atlas Earth CEO Sami Khan, who doesn’t feel threatened by the recent interest in blockchain-based virtual land. “Nobody could give us a straight answer. What we know is that blockchain will bring about immutable contracts, taking things away from our game and to other games. But that ecosystem doesn’t exist yet.”

Gamification of virtual land is seen as a midpoint between the Web2 internet and a fully realized metaverse in which virtual land has inherent value for the same reasons as land in the physical world.

“At the end of the day, what creates value is the economic activity you can build on top of the land,” said Mathieu Nouzareth, CEO of The Sandbox. “Imagine Manhattan 200 years ago; by itself, the land wasn’t very valuable, but by being able to create this critical mass of businesses, artists and ambitious people, little by little, people started to create economic value.”

Not all Web3-native metaverse platforms are as bullish about the gamification of their virtual land: “With Decentraland, you shouldn’t see it so much as a game, as much as a platform that has an ethos that’s driven by the community,” said Adam De Cata, head of partnerships at Decentraland.

Decentraland is somewhat unique, though, as it’s a non-profit and the bulk of its funds came from selling off all of its land parcels four years ago, and De Cata described the organization’s current role as a “glorified guidance counselor.” To the founders of Decentraland, the monetary value of their virtual land doesn’t matter — as long as people are willing to hang out in it.

Instead of gamifying Decentraland’s virtual property, De Cata said, the company has invested in offering limited-time events, such as a virtual Sotheby’s auction or Metaverse Fashion Week. “As a collective, events drive audience,” he said.

Early bird gets the worm

For now, the companies that have benefited most from the rise of virtual real estate are those that got in early. Sam Huber, CEO of the company LandVault, which includes virtual real estate investments among its metaverse businesses, has watched prices for parcels in Somnium Space rise from $50 — the price at which he purchased land in 2017 — to about $25,000 now, he said.

Huber didn’t purchase his virtual land just to see it increase in value. His company is a builder of metaverse experiences, with real estate holdings across all of the major platforms. LandVault works with brands to help them design bespoke spaces inside metaverse platforms, with the bulk of its work taking place inside Decentraland and The Sandbox. “We do really calculated investments, where we basically buy land in order to deliver a specific project,” Huber said.

In many ways, companies like Huber’s represent an ideal future for virtual real estate platforms, one in which engagement is driven by user-generated content, such as LandVault’s independently built experiences, rather than gamified quests or community events created by the platforms themselves. This is what makes them into genuine virtual worlds, rather than particularly decentralized multiplayer games. The gamification of virtual land and introduction of community-building events is simply meant to get the ball rolling; eventually, metaverse builders intend for their virtual worlds to economically stand on their own, much like cities in the physical world.

The post Why metaverse platforms are gamifying their virtual real estate to attract customers appeared first on Digiday. 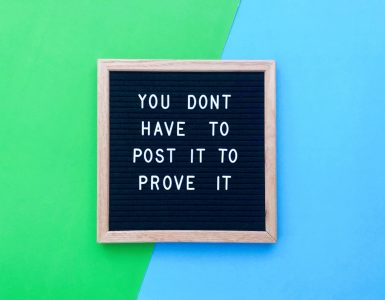 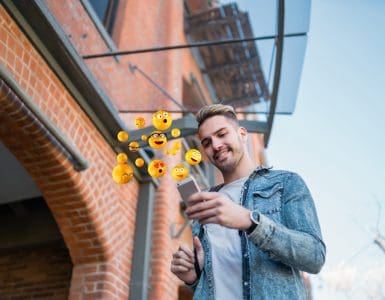 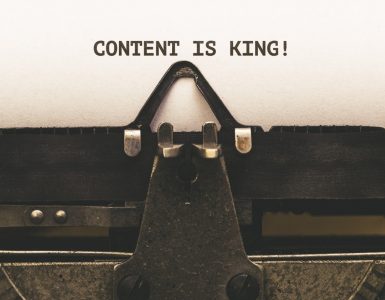