China is the undisputed ground zero of the coronavirus outbreak. But it’s just one of many epicenters for what’s likely to be a lesser-appreciated side of the crisis: its impact on medical marketing.

As healthcare professionals work to contain the rapidly evolving epidemic of COVID-19, analysts say the mainstream advertising and media sectors will not emerge unscathed. And while first and foremost, the biggest toll is the loss of human life, the crisis has also affected some key aspects of the medical-marketing sector.

Take the inability for pharma sales reps to call on doctors face to face due to the extreme outbreak control strategies being taken in mainland China, where COVID-19 first emerged last December, and increasingly in other countries affected by the virus.

“Our field team in China said our customers – life sciences companies – are in situations where their access to [healthcare professionals] is starting to be blocked…and if it hasn’t already, they’re expecting it will be,” said Paul Shawah, senior VP of commercial cloud strategy for Veeva Systems, a maker of customer relationship management (CRM) software which, the firm says, is used by about 80% of the Chinese life-sci sector.

“The bigger thing those clients,” most of whom are affiliates of multinational corporations, are bracing for, Shawah added, is what happens if such access restrictions “extend to multiple different markets?”

In response to the feedback, Veeva has waived the incremental licensing fee on its Engage tool, making it available for free to existing customers who had not yet added the feature to their existing CRM. The tool enables compliant virtual meetings between sales reps and doctors.

“We’ve turned on north of 10,000 users in the last two weeks, mostly in China,” Shawah said, adding, “Good ideas can come from anywhere, and [when this one] came from some of our field team members, we quickly said, ‘This is the right thing to do.’”

Shawah said that the coronavirus restrictions in China threatened to curtail communication in therapeutic areas like oncology and rare diseases, too. “When you turn off that flow of information, people tend to get behind very rapidly,” he said. “Hours and days and weeks matter to an oncology patient. That’s why [keeping lines of communication open] is so important.”

The Centers for Disease Control and Prevention has yet to officially label COVID-19 a pandemic. Health officials are watching to see whether it jumps from community to worldwide spread.

But companies are all but treating it as such. And as this fluid situation unfolds, one of the first steps in many companies’ response plans has been to tamp down on corporate travel. As such, dinner meetings are another type of promotional medical tactic that could see fallout, and not only in places with high numbers of confirmed cases.

“As a lot of companies put in place corporate travel restrictions, that will start trickling down” to dinner-style meetings, where physicians gather in private venues to hear on-label, paid presentations about drugs from other healthcare professionals, said Mark Fleischer, CEO of Physicians World, a Veeva subsidiary which produces 40,000 such meetings a year, both live and remote, and has about 10% of the U.S. market for speakers-bureau programs.

With the infrastructure already in place, these peer-to-peer programs could see an accelerated shift to virtual. Oftentimes, it’s the speakers for these programs who are the ones traveling, not necessarily the attendees, said Fleischer. “So that’s a very easy scenario to switch over to a virtual.”

Of course, some meetings producers are feeling the effects more than others. Organizers of South by Southwest, the annual Austin-Texas confab which includes the well-attended SXSW Health festival, are reportedly weighing a cancellation – and with it the potential unwinding of tens of millions of dollars in sponsorship revenue, not to mention the loss of hospitality revenue.

Global medical congresses, too, which are about to ramp up for the spring season, could see either reduced attendance or outright cancellations. Meanwhile, as information on the virus changes quickly, smaller med-ed activities are keeping doctors up to speed.

“That’s why we’re doing live webinars and then creating them into courses,” said Tom Sullivan, president of the medical education and communications firm Rockpointe Corp. “If we’re doing [webinars] on a regular basis, we’re at least keeping abreast of what’s happening.”

His company co-produced a free, for-credit CME webinar for clinicians on Feb. 14 designed to “help physicians identify, diagnose and act on potential cases of the outbreak of the 2019 novel coronavirus (2019-nCoV).” The activity drew 400 live participants, he said. Rockpointe’s course had no commercial or government support. For now, firms like his, along with medical societies and health systems, are funding most of the coronavirus CME.

The same fears that have led to scores of cancellations and postponements of conferences and trade shows the world over are also rattling the mainstream advertising and media industries.  Shares of WPP, for instance, nosedived after the holding company reported slower fourth-quarter earnings and new staff travel restrictions to Asia Pacific and Italy in response to the coronavirus threat.

Given reduced travel and more need for information, media consumption at home will likely increase – potentially leading to a rise in some TV advertising sales, predicted GroupM’s Brian Wieser, the global advertising industry analyst, in a note to clients.

Outdoor advertising “may be worse off with lower levels of foot traffic in many places,” he added.

In terms of marketing, the potential for reaching consumers goes up, but connectivity to business outcomes could go down, he explained, at least in the short term. “I’d argue it depends mostly on what the marketer’s broader strategy and messaging is,” noted Wieser, in response to written questions.

And what of the healthcare agencies serving the biopharmaceutical and med-device industries?

“I haven’t seen, at this early stage, any meaningful or material disruption in business from the standpoint of what clients are doing,” said Dan Renick, president of Precision Value and Health, a mid-size healthcare agency network.

“If this were to be over tomorrow,” said Renick of the COVID-19 epidemic, “I’d say it’s had no material impact on our business. If it continues to go on and worsen some – particularly with what we’re seeing on the West Coast and [with the case] in New York City, which is the epicenter of our advertising and marketing work – it’s reasonable to think that there might be a very modest slowdown.”

Uncertainty seems to be the order of the day. So the network, like a lot of companies, is monitoring the news and trying to “very appropriately limit travel to the highest priority business meets,” said Renick.

“The good news probably for us and a lot of folks in our industry,” he added, “is our work has become more and more remote, and [we offer] the ability for people to not be in offices. Some companies are full-scale in that way; we’re somewhere in the middle. So our ability to have employees deliver on our client work should not be interrupted, at least at this stage in the game.”

On the client side, brand drug makers, and to a certain extent generics makers, could be impacted by softer demand.

“There could be some softness in the demand in China (and other countries if economies slow down),” David Kaplan, director of the healthcare group at S&P Global Ratings, told MM&M.

But, he added, China generally represents a relatively small part of revenues for the large global pharma companies, with the exception of AstraZeneca, which draws 20% of its sales from the Asian country. The business Pfizer is spinning off in combination with Mylan also has a large China presence, but that company is still being formed.

Second, Kaplan pointed out, “Drugs are a relatively high priority item for people [in China], so while they may skip the shopping trip to the mall they’ll do whatever they can to get food and the medicines they need.”

Lastly, while marketing by drug reps is not a uniquely American phenomenon, Kaplan said, it’s perhaps less intense ex-U.S. “In general, a reduction in marketing activities would typically only slow the growth of demand rather than lead to a sharp dropoff (remember competitors are not marketing, either).”

In terms of shortages linked to the large portion of API (raw chemicals in drugs) coming from China and India, the FDA mentioned last week that one unnamed product was facing a shortage. “We understand there is substantial inventory in the supply channel (at manufacturers, pharma companies, wholesalers, pharmacies) and that the risk of drug shortages is limited over the next few months,” said Kaplan.

The impact could be felt more acutely by generics firms, whose revenue is tied more closely to API, he added. Those manufacturing operations that have been halted should resume as China brings the spread of the virus under control.

One positive byproduct of the coronavirus crisis that Kaplan foresees for the drug industry is that, with biotechs like Regeneron and Moderna among those developing COVID-19 vaccines and Gilead trialing an antiviral treatment (remdesivir) in China, the industry’s contributions to drug development “are on display and being acknowledged,” he said, in contrast to being “demonized in public opinion” the last couple of years.

“This could work in the industry’s favor in the form of a less severe legislation around drug price reform,” he predicted. 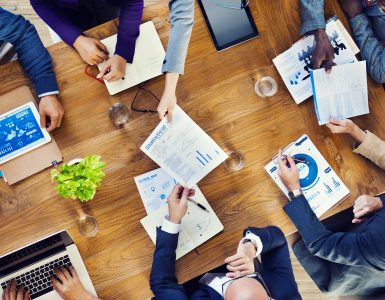 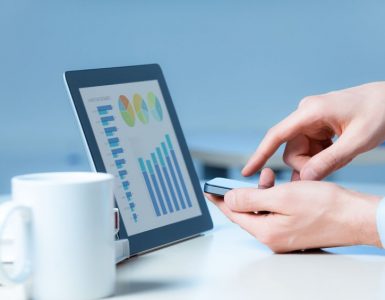 COVID-19 can survive in aerosol form and on hard surfaces from hours to days, new study shows