Rectal cancer, the third most common form of cancer diagnosed in the U.S., is a disease with which most oncologists struggle. The routine treatment approach of surgery, radiation therapy and chemotherapy is wrenching on a patient and often results in nerve damage, infertility and bowel and sexual dysfunction.

Perhaps that’s why a successful trial, even in an exceptionally rare form of that cancer, generated so much buzz earlier this month.

In the study, all patients who took immunotherapy drug Jemperli (dostarlanib) for six months saw total resolution of their tumors, known in the field as a ‘complete response.’ The results were so impressive that they were published in The New England Journal of Medicine and featured at the nation’s largest gathering of clinical oncologists.

The study marked the first test of whether immunotherapy on its own could tame rectal cancer that had not spread to other tissues. Now, the researchers need to find out why that success happened so treatment for this kind of cancer can be more of a consistent success.

Yet, confirming the results may prove quite difficult, according Ben Schlechter, MD, a gastrointestinal medical oncologist at Dana-Farber Cancer Institute. Schlechter, who was not involved in the Jemperli study, sounded a few notes of caution.

For one, the study’s reported 100% remission rate may not hold up, given the trial’s end point was only six months.

“You do need to give two years of follow up in more than half the patients to have any data consistent with what practice is in all other situations,” the oncologist said.

All patients in the trial have been cancer-free for up to two years, noted Memorial Sloan Kettering Cancer Center, which is where the trial took place.

However, a close reading of the published results shows that while the median follow-up time was 12 months for 12 of the subjects, four subjects in the trial have yet to make it to the six-month mark. So their response is not known, according to Schlechter. These patients are in a kind of “gray area,” he said, adding that it may yet come out in three or four months that the response rate “is not 100%.”

In an accompanying NEJM editorial, another cancer researcher wrote that while the results are “cause for great optimism,” it’s not yet known what duration of time is necessary to find out whether complete response to immunotherapy would be curative.

“It’s conceivable from available data in advanced disease that something like 20% of these people will fail over the next two years and then require some other treatments,” Schlechter said. “We’ll see what it looks like in two years. It could be that the response rate is substantially cut.”

Replicating the findings by running a larger trial may also prove hard, considering the notably small size of the relevant patient population. The group involved a subset of subjects whose tumor contains a genetic mutation known as mismatch repair-deficient (MMRd). Only between 5% and 10% of the 45,000 Americans diagnosed with rectal cancer patients every year are thought to have MMRd tumors.

Patients with DNA mismatch repair “were like a sidebar to existing studies; they’re so rare,” Schlechter pointed out.

Factor in that the study cohort had stage 3 or 4 MMRd rectal cancer, with tumors of less than four centimeters apiece in size, and the group shrinks even further to around 3% of the total rectal cancer population. Which is to say, far from the average population.

For that reason, there hasn’t been much evidence on how PD-1 drugs like Jemperli perform for this group. Checkpoint inhibitors, which make cancer more visible to the body’s immune system, have almost no track record in gastrointestinal cancers. Additionally, MMRd rectal cancer itself is, for the most part, unstudied, even in chemo or radiation. That makes all studies on conventional rectal cancer essentially irrelevant.

“[This trial] isn’t practice-changing broadly and is completely irrelevant for the commanding majority of people with rectal cancer,” Schlechter said. “What it does tell us is that with the right way to engineer an immune response against rectal cancer, we may be able to cure people.”

Still, that will take time to determine. Had the patients in the Jemperli trial failed, their doctors would have taken them down a more traditional pathway of surgery, radiation therapy and chemotherapy. The three-year disease-free survival rate for that regimen is as high as 77%.

Outcomes have been worse for patients like the eight subjects in the Jemperli trial who had Lynch syndrome, an inherited condition that puts people at significantly higher risk of rectal, colon and other cancers. Not to mention, the functional consequences of the operative approach, which can lead to a lifetime of colostomy bags, make it a grueling one.

That brings up a third challenge: recruiting a control group when the standard of care is so toxic and immunotherapy shows such a beneficial upside.

“There may be people who are afraid of doing immunotherapy and are willing to be randomized, but it’s going to be hard to have a control arm on this. I think hard-to-almost-impossible,” Schlechter said.

To design a study, researchers could compare against a retrospective response or just design it so that everyone gets the checkpoint inhibitor, he explained.

On the bright side, picking up study sponsors for trials in this population shouldn’t be difficult. The small biotech firm Tesaro, which was bought by GSK in 2018, was the only one willing to provide its drug for the phase 2 study. Given the results, other researchers looking into the MMRd cohort are bound to get a warmer reception from drugmakers like Merck and Bristol Myers Squibb, both of which sell PD-1 drugs.

While the results aren’t population level, they do have possible read-across to other Lynch syndrome-associated cancers. For instance, there is endometrial cancer that is mismatch repair deficient, as well as pancreatic, stomach and esophageal cancer.

“This does open a broad question about surgery versus all these other interventions versus immunotherapy in those populations,” Schlechter said.

The oncologist said he found it “extremely unusual” that the MSK group reported an intended curative effect of therapy when all patients hadn’t been followed up for six months. Nevertheless, he applauded the effort.

“In some ways, the most impressive thing they did was not overreact,” he said. “It takes real bravery to do that, to not jump out after three months and do surgery.”

Taking on a study like this in an exceptionally rare form of cancer involved a major risk, he continued. “If it failed, we’d never have known because it would have been whispered. No one would have said anything.” 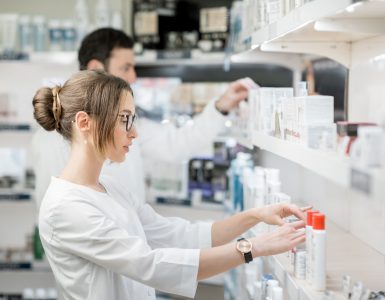 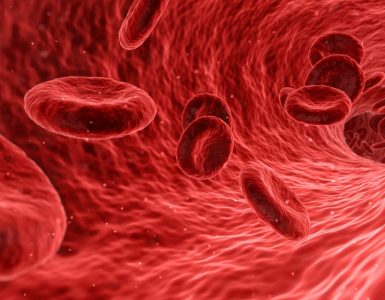